On May 28, the Chinese government in Beijing signaled that it would press for and enforce new security laws in Hong Kong. Once enacted, which could happen as soon as June, Beijing will better be able to control the judicial system in Hong Kong, as well as curb anti-government protests and other civil liberties. Beijing deems the changes necessary to control dissent and threats to national security.

The move has been widely rebuked by foreign governments, including the United States and Canada, on both civil liberties and economic fronts. With far more relaxed visa requirements than the Chinese mainland and a capitalist economy that, by and large, speaks fluent English, the city is the initial point of arrival for many Westerners visiting Asia for the first time. By imposing China’s will on Hong Kong’s democratic freedoms, the laws threaten the integrity of the “One Country, Two Systems” policy put in place when Hong Kong was returned to China from Britain in 1997. Local protesters have once again taken to the streets in droves and have been met with force by Hong Kong police.

While the exact impacts of the security laws on residents and travelers likely won’t be known until mid-summer, here’s what we know so far.

Note: This story will be updated as developments occur.

How the announcement might affect visas for US and EU citizens 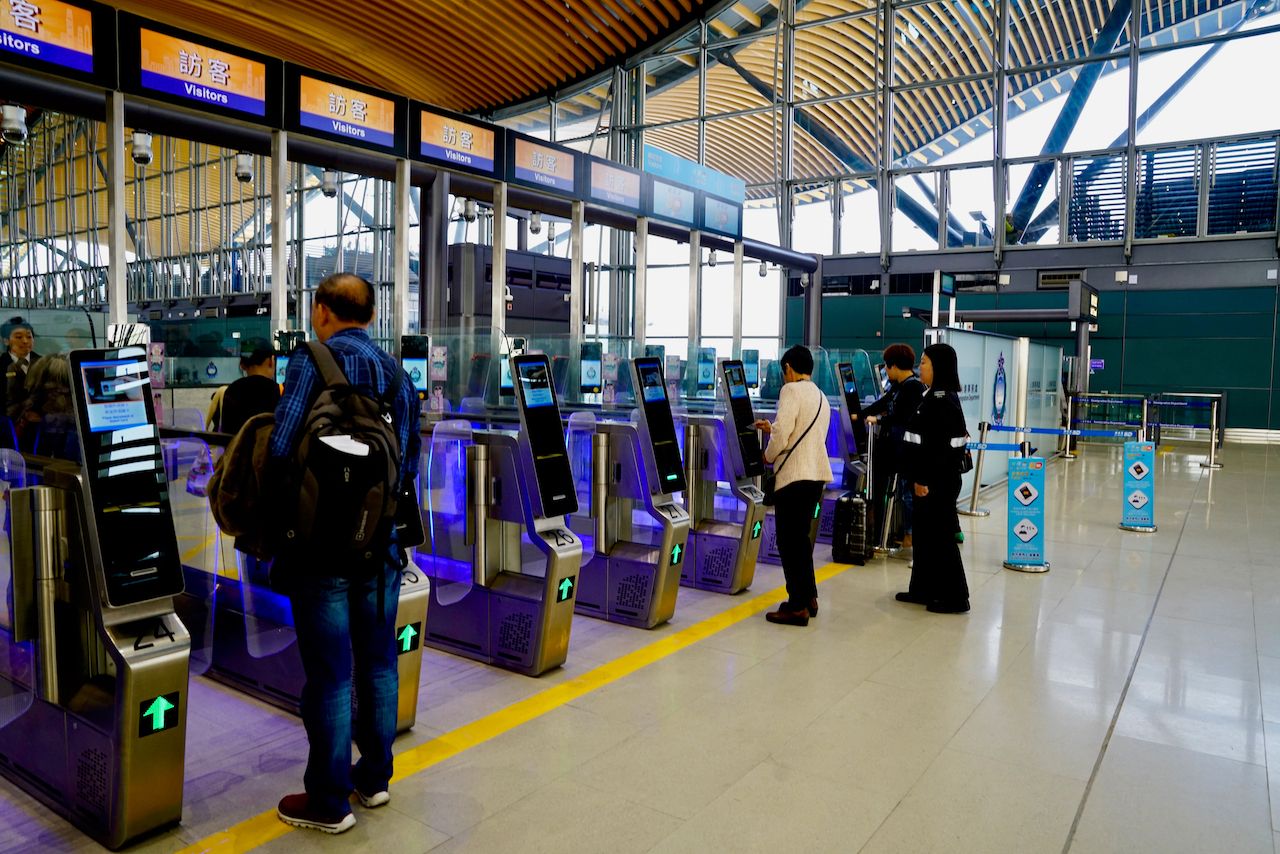 Currently, valid US passport holders can enter Hong Kong and stay up to 90 days visa-free. Early indicators show that tourists are unlikely to experience much in the way of immediate logistical changes. However, President Donald Trump’s announcement on May 29 that Hong Kong is no longer sufficiently “autonomous” from China, and any resulting tariffs, sanctions, or other actions taken could easily lead to tit-for-tat restrictions on trade, visas, and other established practices that currently flow freely between the US and Hong Kong. As of May 29, no visa is required for stays in Hong Kong for fewer than 90 days, while travel to mainland China still requires a visa before arrival.

If the US were to suspend or alter visa approvals for any segment of Hong Kongers, Hong Kong or Beijing is likely to do the same, meaning the standing “no visa necessary” policy for US citizens arriving in Hong Kong could be altered or invalidated altogether.

EU residents visiting Hong Kong are less likely to see impacts to travel plans in the coming months because Brussels has stated that it will not pursue action against Beijing.

“We will continue trying to put pressure on the China authorities in order to make them aware that this issue will affect the way we deal with some of the issues of mutual interests,” said EU foreign policy chief Josep Borrell at a press conference, as reported on by the South China Morning Post. “But there is nothing more on the agenda.”

How international flights and transportation could be impacted

Hong Kong is unique in that, because the city is a Special Administrative Region of China with independent visa policies and economic systems, all incoming and departing flights to Hong Kong International Airport are international flights. As such, all passengers must pass through immigration upon arriving. The process of flying into and out of the city is not expected to change, unless changes are made to the visa system.

The same is true for those arriving via the Hong Kong-Zhuhai-Macao Bridge, which connects the three cities via an oversea highway. Those arriving via ferry to Hong Kong Macao Ferry Terminal will also continue to pass through immigration on both sides and will be subject to any current visa requirements.

As far as shopping, dining, and lodging in Hong Kong goes, the only major change would come if Hong Kong discontinued to peg the Hong Kong dollar to the US dollar, which has stood at 7.8 HKD to 1 USD since 1983. Trump may change this as part of any action taken due to the city no longer having its “autonomous” status. If so, the US dollar could more rapidly lose or gain value in comparison to the Hong Kong Dollar. The SCMP reported that Hong Kong does not need US approval to maintain the peg, however, making it unlikely that the cost of travel to Hong Kong from the US or the cost of expenses on the ground would change much anytime soon. Rather, due to decreased tourism numbers, flights and lodging could drop.

This is where a trip to Hong Kong is going to be noticeably different. The on-the-ground experience is likely to have a more tense vibe than it would have if you’d visited before June 2019 when the protests against an extradition bill — a months-long series of street protests that, despite resulting in the withdrawal of the unpopular extradition bill, have triggered this security law — began. Travel to the city has declined significantly since last summer. Because of its democratic sympathies and status as a global financial center, Hong Kong is among the world’s most international cities. It saw more than 65 million tourists in 2018, but the Wall Street Journal reported in September 2019 that the country had suffered a 41 percent drop in tourism numbers due to the protests.

Beyond far fewer tourists, visitors may also notice tension on the streets. Young protesters will continue their actions, at least in the short term, which means increased police presence in public places and in the city’s main commercial areas like Causeway Bay, Central, and Wan Chai. Keep in mind that while it’s important that tourists follow local law, travelers are not the cause of or primary target of either the increased police presence or of the coming national security measures. The city’s economy depends on an influx of Chinese mainland and international arrivals in addition to vibrant global trade markets. Because so many international companies base themselves in or do business in Hong Kong, including more than 1,200 from the US, change won’t happen overnight. But, for the mindful visitor, it can be tough to really enjoy a destination when even some of its residents may be experiencing persecution.