Lisbon has been Europe’s travel darling for the last half-decade. Visitors may have been slower to catch on to the Portuguese capital than they were to cities like Paris and Barcelona, but now that the secret’s out, it’s starting to feel like there are no tourists left for the rest of the continent. Lisbon and second-city Porto are far from the only places that make Portugal Europe’s “it” destination, however. Make a point to venture to these smaller towns and villages when you visit, and you may find them more attractive than the big cities altogether. 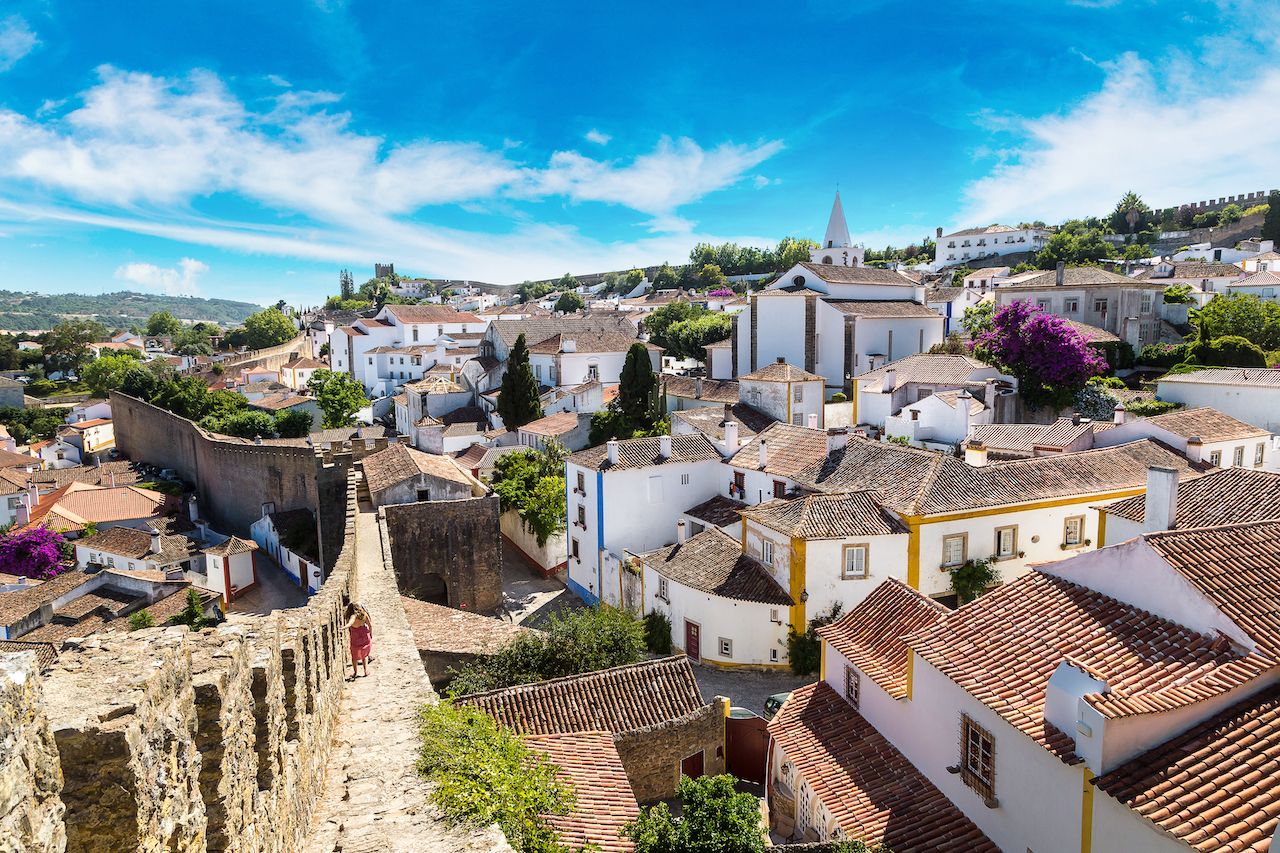 Óbidos trickles down a hilltop high above the Atlantic, bounded by crenelated walls that clue travelers into its medieval history. King Dinis gifted the town to his wife, Queen Isabel, on their wedding day in the late 13th century, and it looks remarkably unchanged today. Visitors come for annual events like the International Chocolate Festival and Medieval Market fair, though the average traveler may not realize that Óbidos is just an hour north of Lisbon. Those who do find their way are rewarded with the chance to sleep inside a Moorish castle, now a Pousada (a chain of luxury historical hotels), and uncover a bookshop on every cobblestoned corner not occupied by a church. An added treat: It’s the ideal setting to sample ginjinha, a sour cherry liqueur that originated in the region. 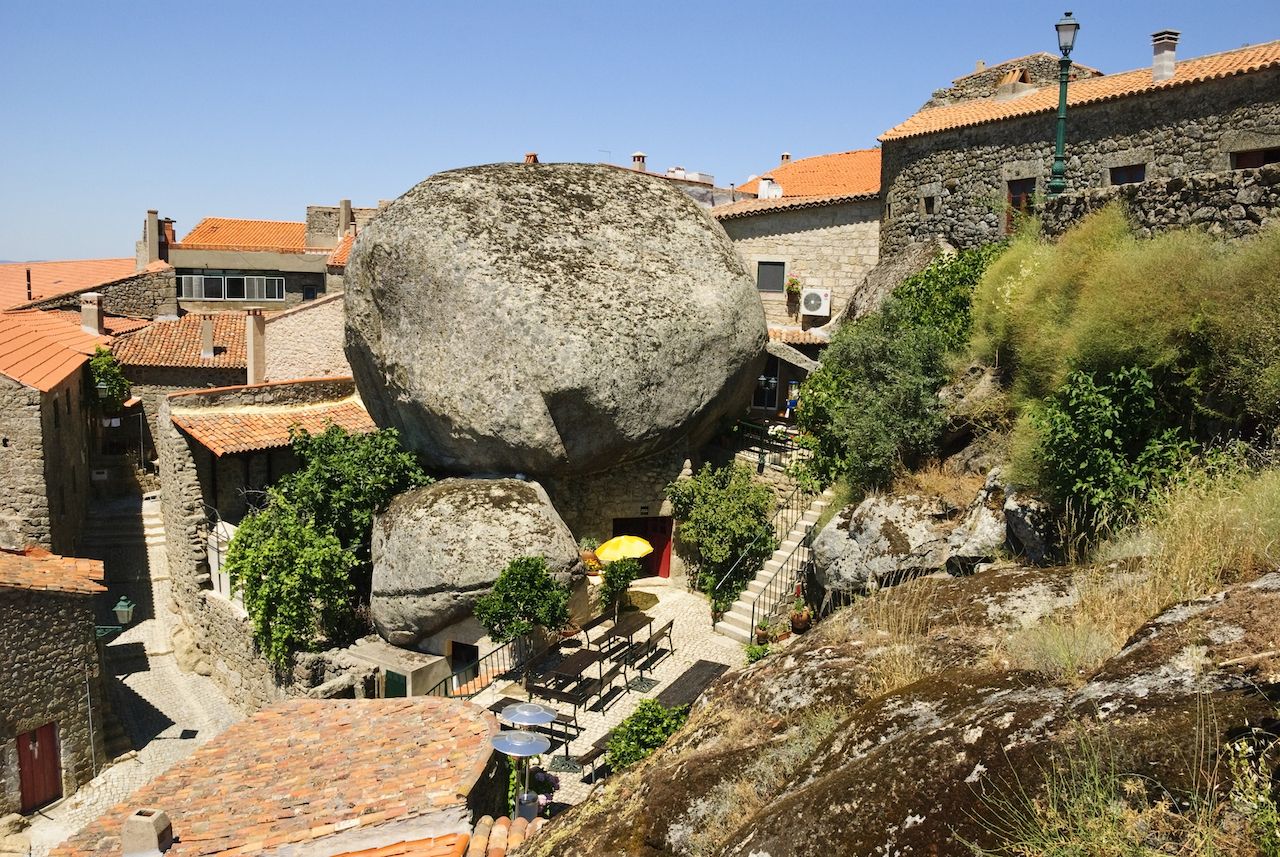 The village of Monsanto, an endearing oddity in central Portugal near the Spanish border, peeks out from giant boulders. Some rest atop houses like statues of Atlas with the world on his shoulders. Others sandwich front doors overhung with vines like Hobbit houses made of granite. There’s not much beyond the village walls, which has long been part of Monsanto’s appeal. What once served as a strategic mountaintop position to defend against invaders now gives way to a web of walking trails through the surrounding plains. Hike to the disused Templar castle perched above town for the best views of both. 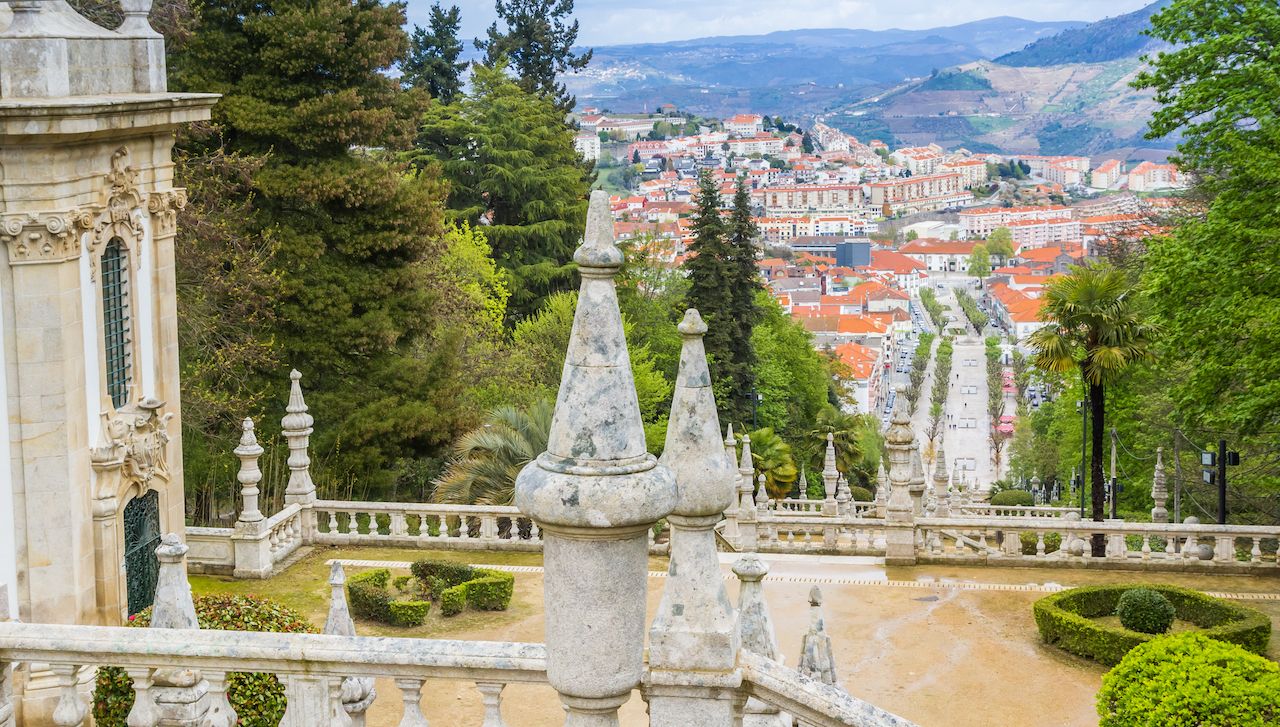 Lamego lies in the heart of the Douro Valley, where most visitors to Porto run off to for wine tastings. Wine is indeed one of the town’s draws — namely its Raposeira sparkling wine. Travelers can work up a thirst for the local bubbly by switchbacking up the staircase in front of Igreja de Nossa Senhora dos Remédios, a baroque church and cardinal pilgrimage site whose azulejo tile artworks encourage guests to keep climbing for a closer look. The town itself is no less lovely, with plenty more historic holy sites and an art museum housed in an 18th-century palace. 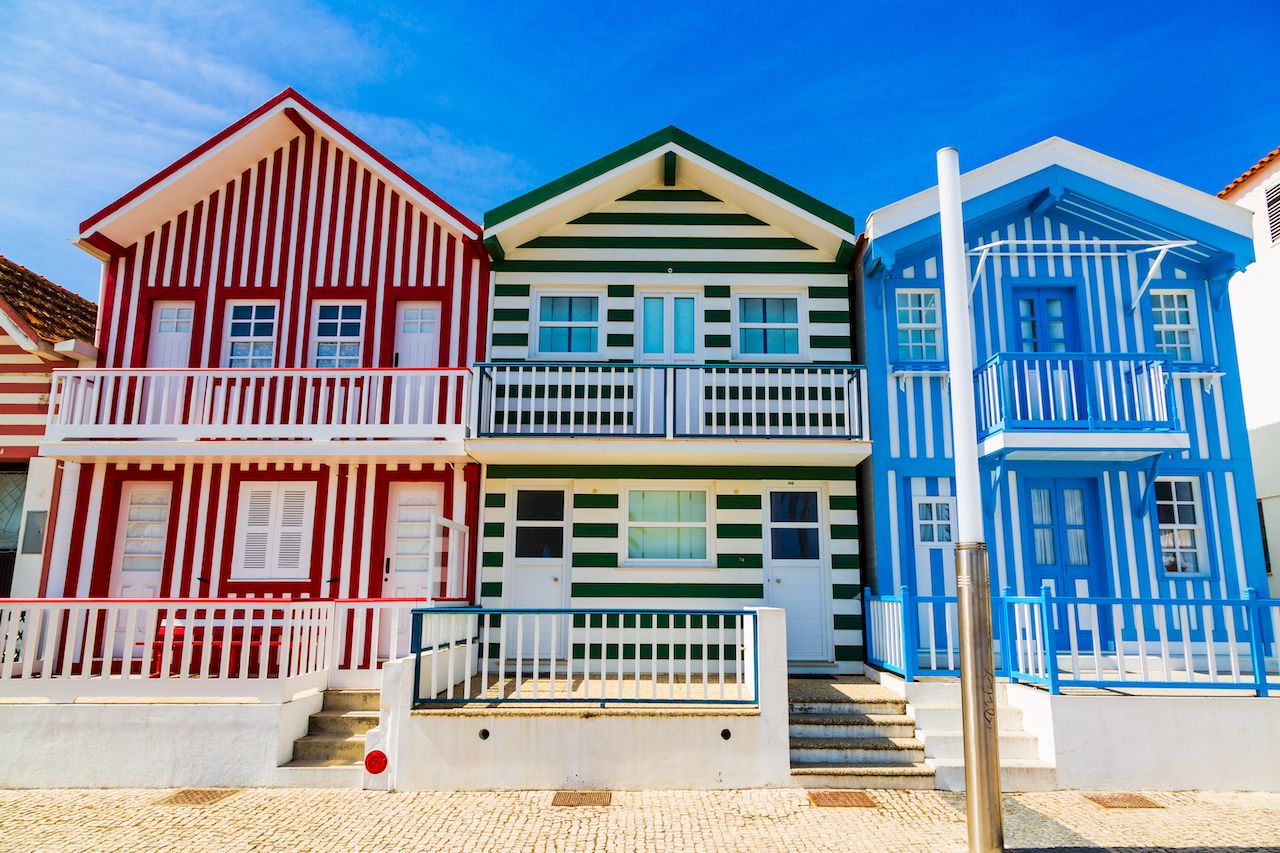 A stone’s throw from Aveiro, one of Portugal’s most romantic waterfront cities, Costa Nova is just begging to be the setting of a Wes Anderson film. It may not have Aveiro’s canals and gondolas, but the old fishing village does have its allure. Notably, a lineup of candy-cane-striped beach huts in all different colors and a shoreline to match. Wave chasers frequent the area, but even the surf averse will enjoy the beach-town feel, complete with a scenic lagoon and some seriously fresh seafood. 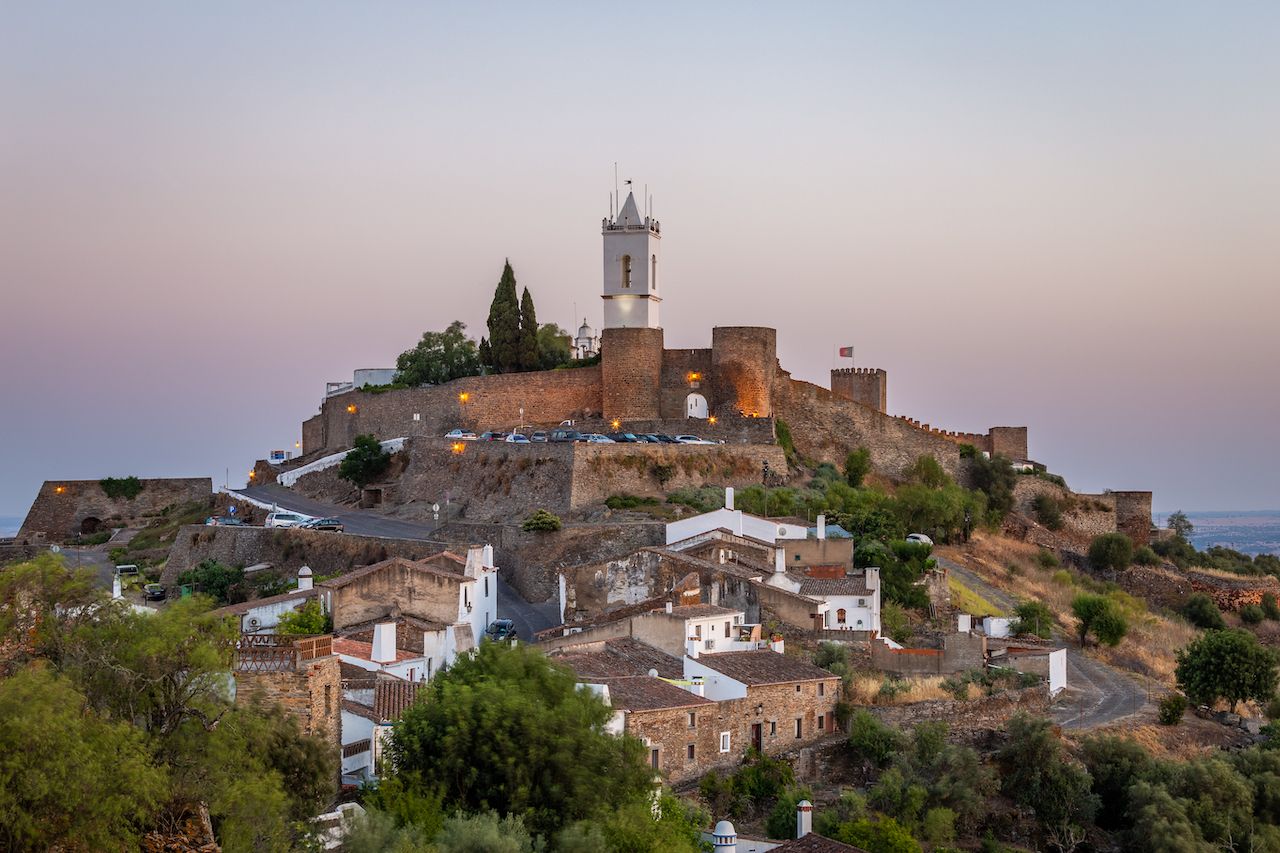 Évora is the city most travelers visit to dip their toes into the Alentejo region. Only some continue on to Monsaraz about an hour east. Those who do are met with everything Alentejo’s famed cuisine promises, including wine and oil harvested from the surrounding vineyards and olive groves, packed into a smaller, somehow quainter slice of the Portuguese countryside. Off-whitewashed walls, red-tiled roofs that were presumably once uniform, and crooked cobblestones that you’d never dream of straightening give Monsaraz its charm, as do its quiet mornings and slow afternoons. A castle on one end lends the village a modest grandeur. From there, visitors are perfectly positioned to admire the Alqueva Dam in the distance. 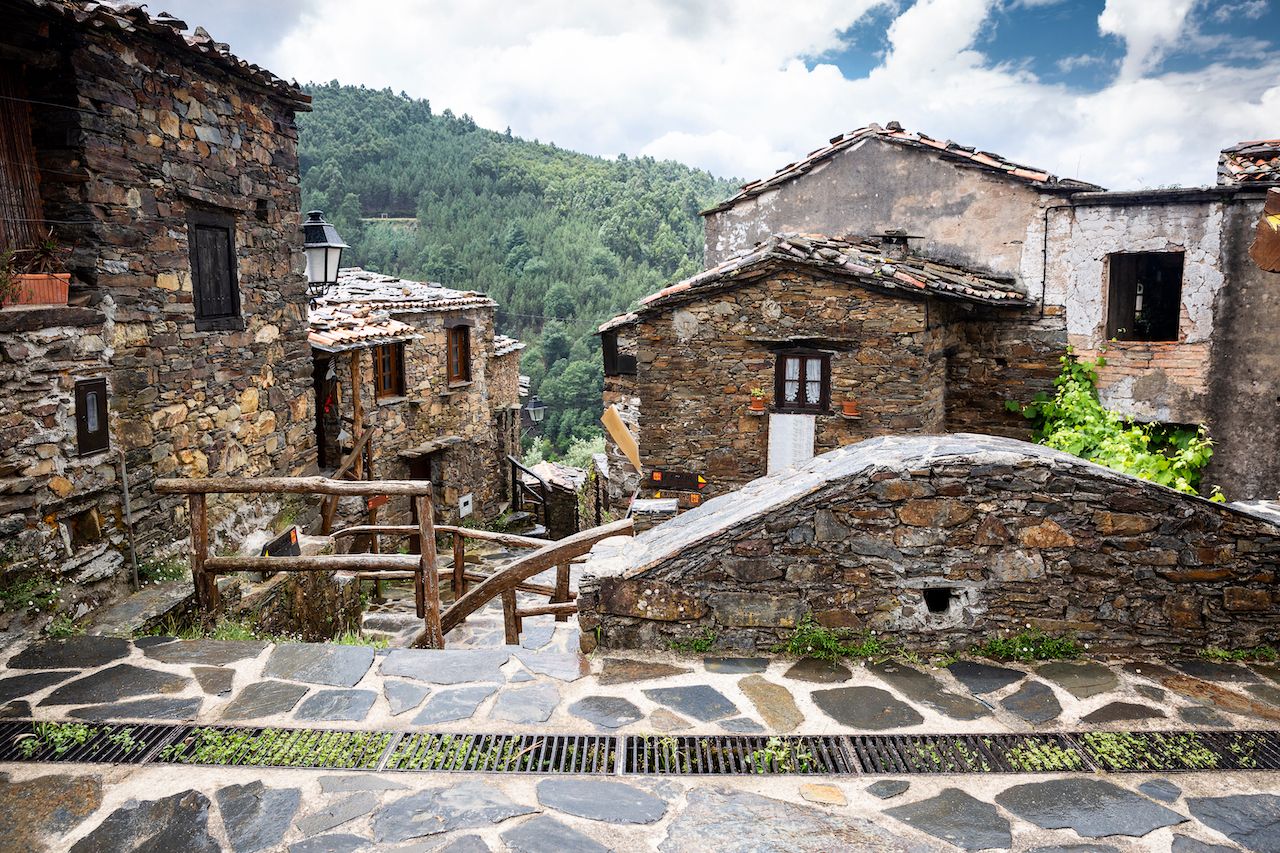 Talasnal is among the finest examples of Portugal’s schist villages. The sandy, rusty hues of the village’s stonework make it appear as if it’s perpetually bathed in sunset lighting while the surrounding forest all but engulfs the village in the mountain scenery. Outdoor activities are a given, yet even walking through town is achingly pleasant, with several small restaurants and shops to pop into. Wooden handrails lead the way, at one point guiding visitors to a sweet little fountain. For something even sweeter, snack on the village’s famous convent cakes. 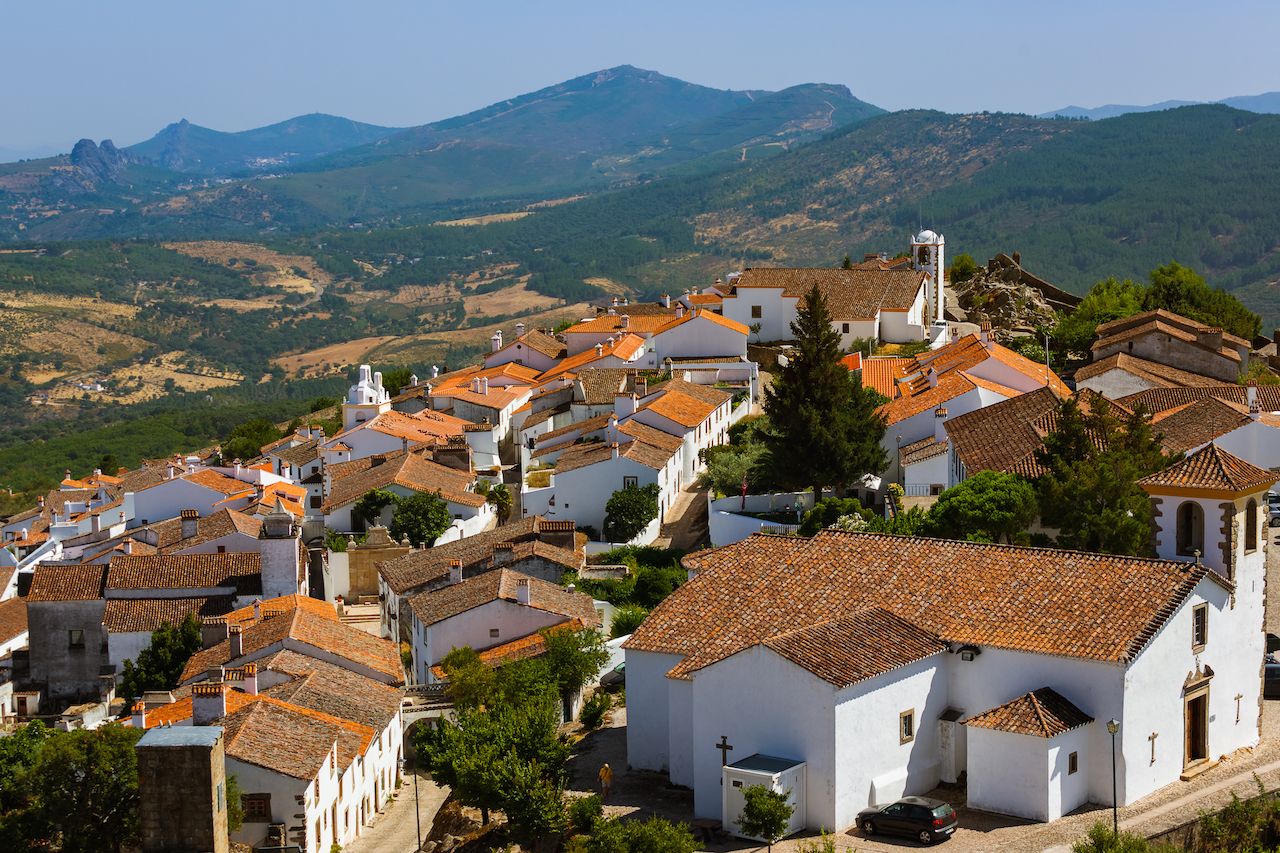 Marvão is proof that new is not always better. Dating back to the ninth century, when it served as a hideaway for the Moorish Sufi and soldier who gave the walled village its name, Marvão watches over Alentejo from the Serra de São Mamede mountains. It’s these very views that make it a must-see. A medieval castle and labyrinthine garden star as the crowning attraction, but architectural touches like gothic arches and Manueline windows turn any day of dining and shopping into a walk through a living museum. Marvão is worth a visit any time of year, but anyone passing through in November will get an extra treat with the annual Chestnut Festival.