Just when the Black Travel Movement was gaining so much speed, we now all find ourselves confined to our houses. While the onset of COVID-19 has put the entire world on the no-fly list, we don’t have to pass this time idly. Instead, we can use these weeks we’ll be grounded to absorb the work of the legends that paved the way for us to be able to lead our nomadic lives. If you have been previously unfamiliar with the work of black travel writers, you’re in for a treat: Black travel writers can offer a perspective on cross-culturalism that you may not find elsewhere. If you’re unsure where to start, here are 12 exceptional examples of travel memoirs and other books written by black authors.

1. Tell My Horse: Voodoo and Life in Haiti and Jamaica by Zora Neale-Hurston 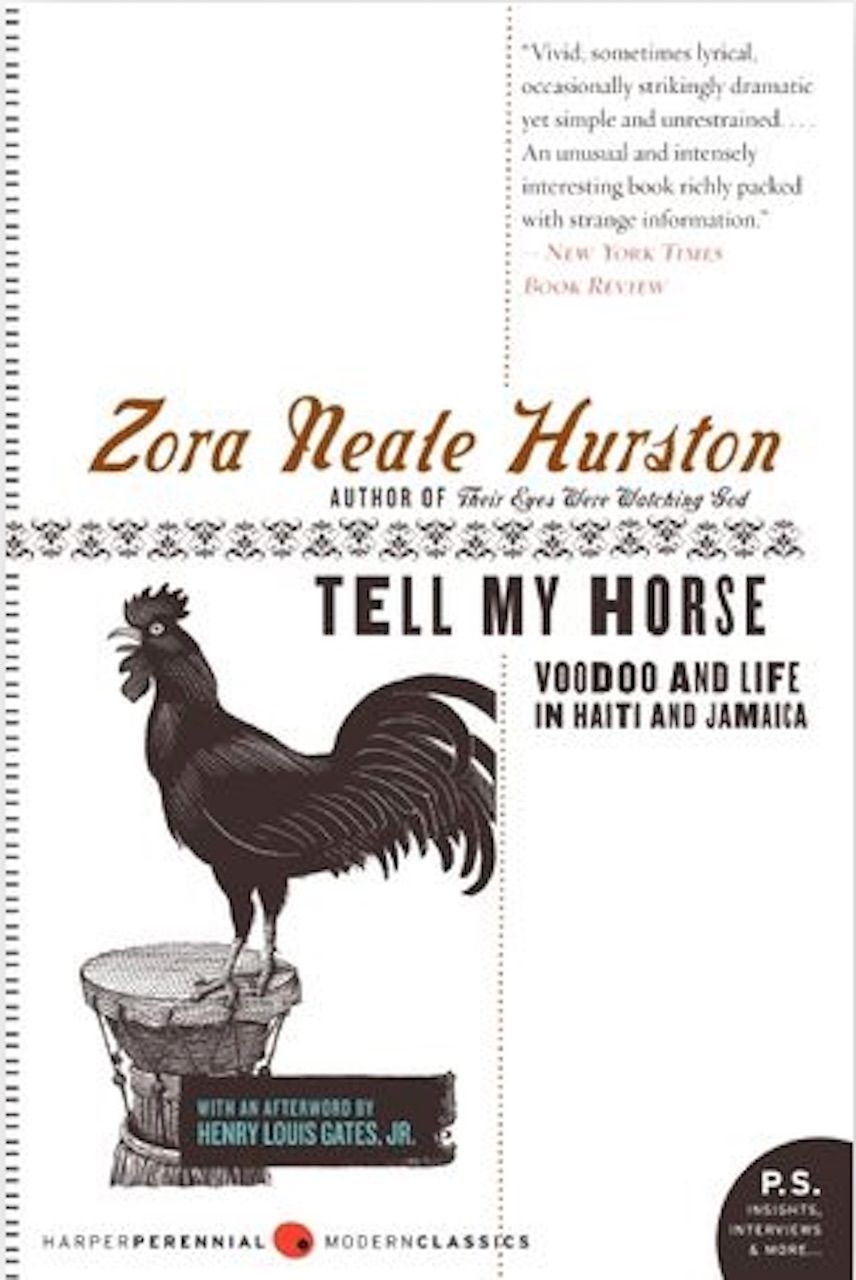 As published in the Guggenheim Foundation’s annual report for 1935-36, Zora Neale-Hurston was awarded her fellowship that year for “the gathering of material for books on authentic Negro folk-life, in particular a study of magic practices among Negroes in the West Indies.” The resultant manuscript was Tell My Horse, a work that is part travelogue, part ethnography, part strict, addictive narrative.

Interestingly, she uses quite a bit of her bandwidth in this work ruminating on the existence and the validity of the black diaspora — something many of us take for granted to exist today — as if she had someone to convince of our mutual heritage and cultural touchstones. I would imagine that she would be satisfied to know that this work still resonated with contemporary black readers and that for us, those touchstones do exist.

2. Due North by Lola Akinmade Åkerström 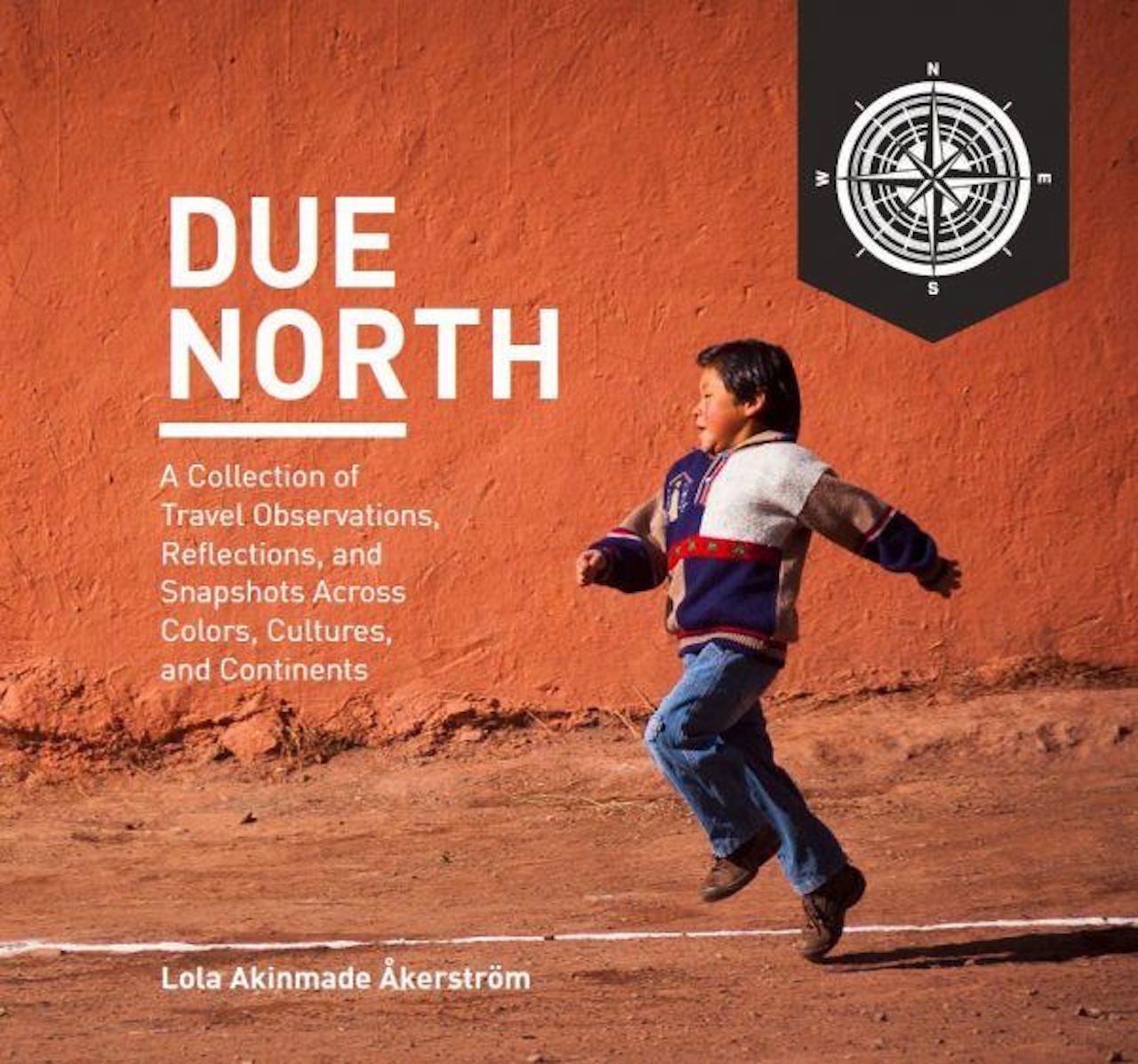 This Nigerian-born, America-educated travel writer and photographer has had quite the storied career — one that included a stint right here at Matador Network as an editor. These days she’s based in Stockholm, and her book, Due North, is a 2018 Lowell Thomas Gold Award Winner for best travel book, and you should definitely read it if you’ve ever had a dream destination.

In this work, Akinmade Åkerström tells the origin story of her desire to see the world; of being a teenager fascinated by maps; of deciding that she would, one day, go to the north pole; and of how this elusive feat has shaped her life and travels. It is a must-read if you have a yet un-attained travel goal.

3. Mandela, Mobutu, and Me by Lynne Duke 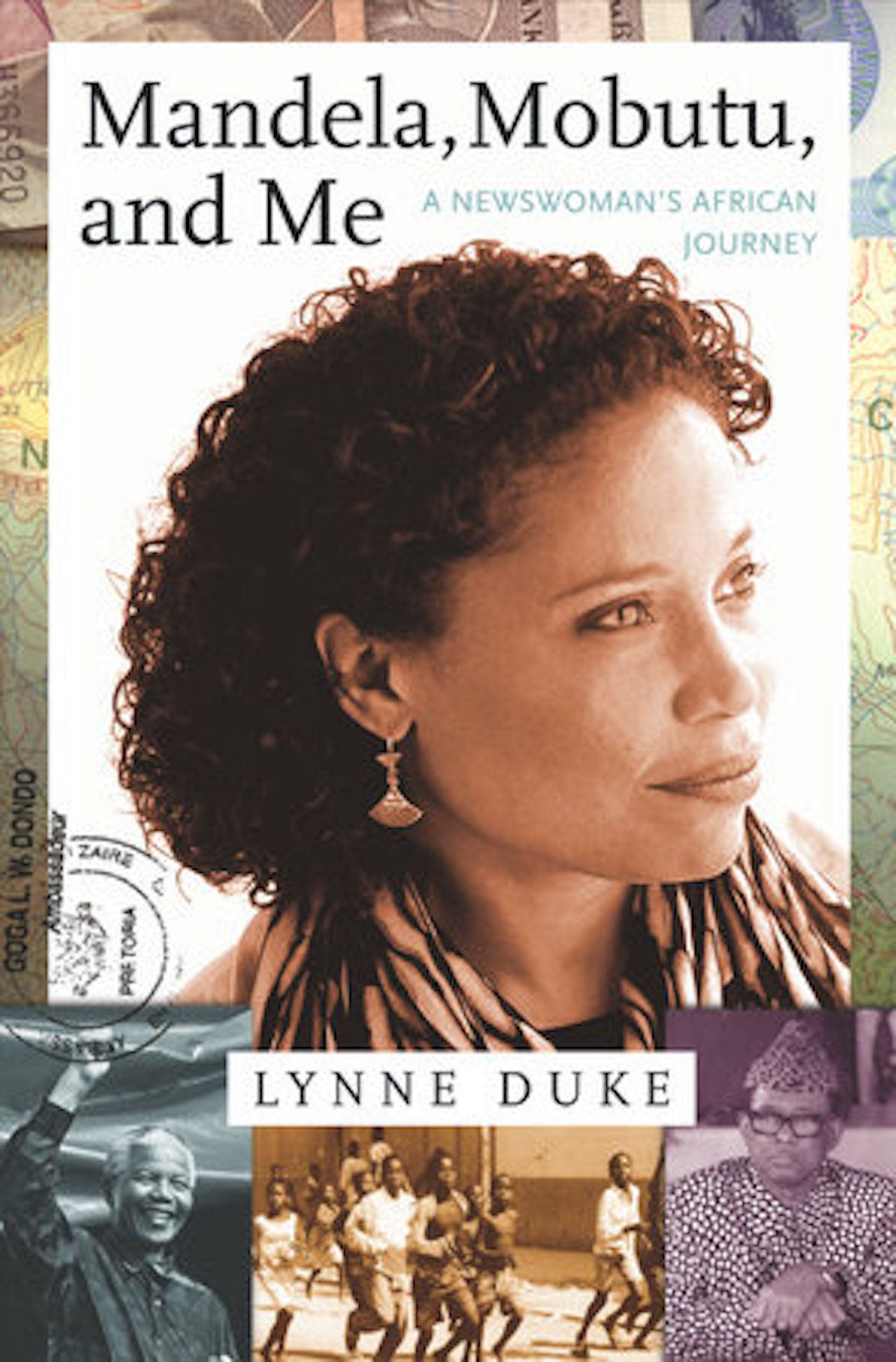 A 1985 graduate of the Columbia University Graduate School of Journalism, the late Lynne Duke was nominated for a Pulitzer before the decade was over with her incredible reporting from Miami Florida, about the crack epidemic that was then ravaging black neighborhoods. Though she is also well known for her depictions of post-9/11 NYC life, she is maybe most popular for her reporting from Southern Africa in the ‘90s. This book one of the results of those travels.

Mandela, Mobutu, and Me is an account of what Lynne would call, her “Africa beat” — that time in her life when she gave up everything else to tell this story, when she gave her whole self to this time and place that saw so much history: the fall of apartheid; the rise of Mandela; the spiritual and literal end of the nation of Zaire and, with it, its leader, Mobutu Sese Seko. Long hailed as one of the best reports of southern Africa in the ‘90s, it offers a perspective that navigates western ideas about the African continent while accurately depicting the corruption that existed in African politics at the time. 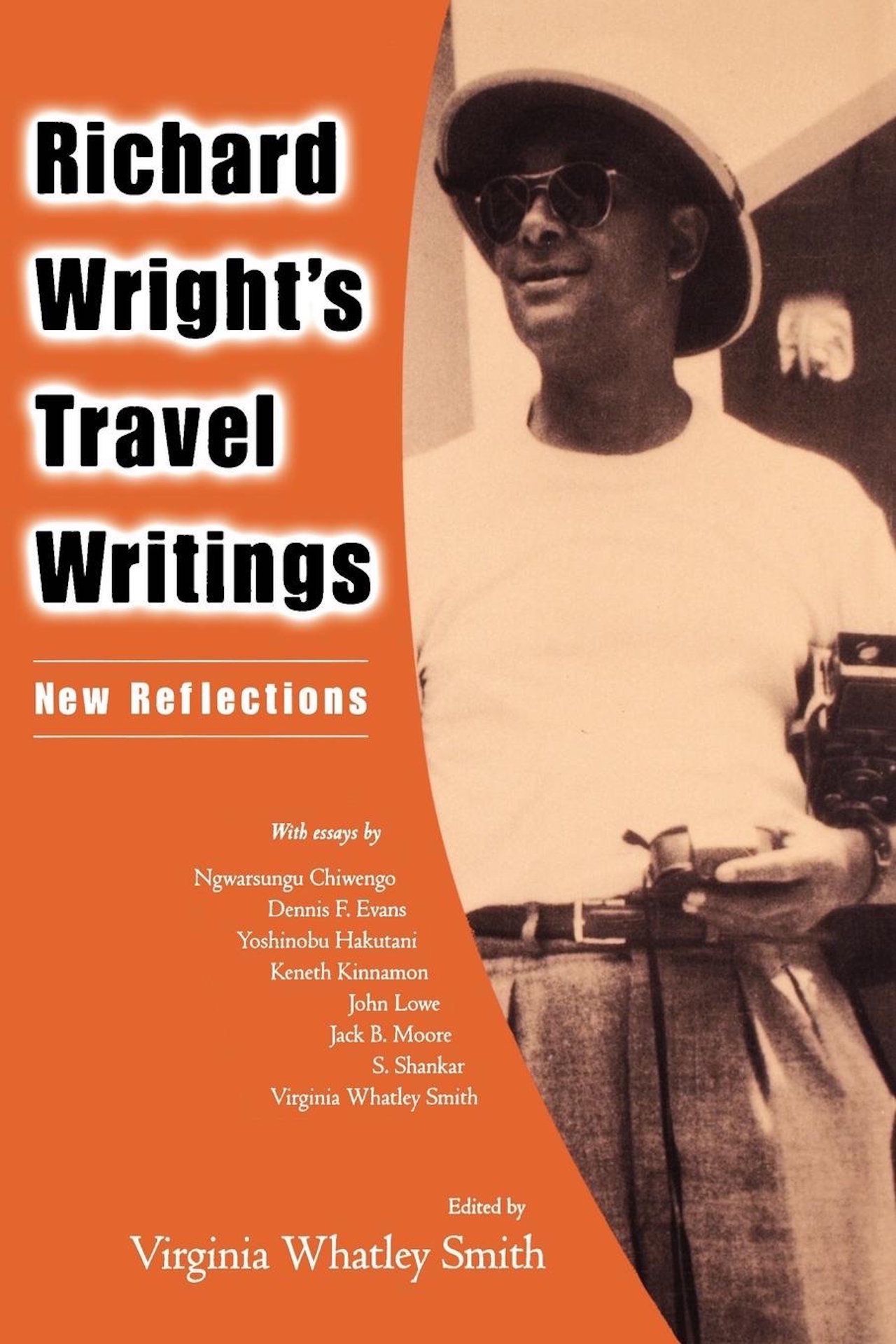 Possibly most famous for his 1945 bestselling memoir, Black Boy, which details his life as a boy and young man, Richard Wright came a long way, literally, from Roxie, Mississippi, where he was born. Wright first relocated to Chicago, then New York, eventually fleeing the United States completely, where he famously became one of many black American expats in Paris, France in 1946.

This collection of essays details some of his travels and shows his proclivity to approach cultures as a student rather than a colonizer and vulnerably relate his awakening to the concepts of French existentialism and pan-Africanism. While now this type of immersive travel is commonplace, this was a radical approach at the time. Even now it is worth revisiting the unprecedented way he portrayed his relationship with African and black people in travel writing. 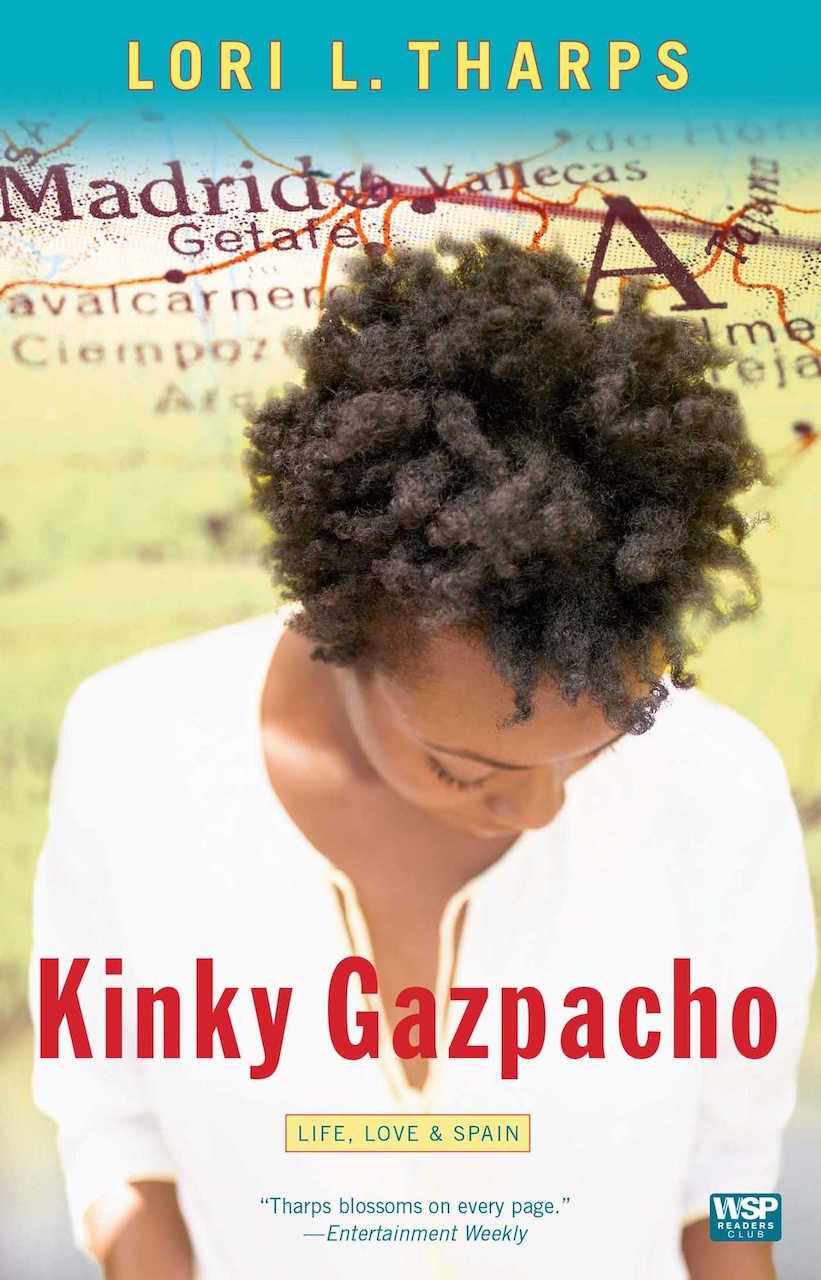 An associate professor of Journalism at Temple University, Lori L. Tharps credits her time in Spain for helping her to understand her own blackness in a global context. Born in an all-white suburb of Milwaukee, Wisconsin, her relationship to race was colored by the experience of frequently being the only black person in school or in her neighborhood.

Kinky Gazpacho tells the story of her personal journey after moving to Spain, and how she managed to navigate Spanish ideas of blackness while simultaneously maneuvering through life in a new country. This book is a very personal tale that is so very relatable to the scores of black women who have ever left the United States hoping to escape the racism that they have endured, only to have found it again in a slightly different package. This story is not devoid of hope or optimism though — it also chronicles the author’s story of falling in love, all with the backdrop of the Iberian peninsula. 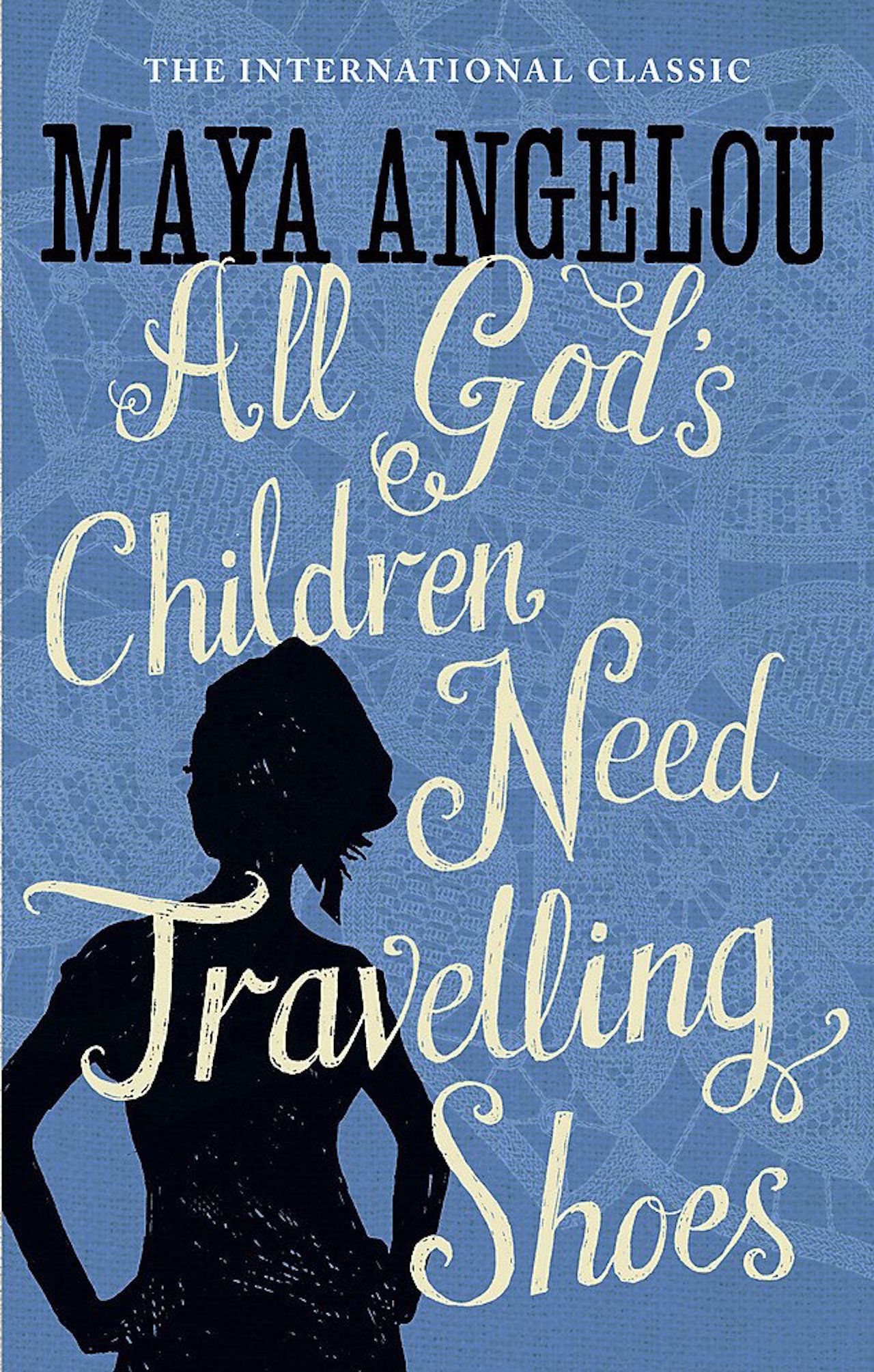 American author, poet, and luminary civil rights activist Maya Angelou spoke frequently, throughout her entire body of work, about her relationship to blackness, Africanness, and her conflicts with nationality and sense of belonging. This is arguably the memoir that tells this origin story.

The fifth installment in a seven-volume memoir, All God’s Children Need Traveling Shoes chronicles her time living in Accra, Ghana, between 1962 and 1965. Those who are looking to explore the relationship that Africanness has to American blackness will adore this poetic work, as her famous resiliency is tempered by the idiosyncrasies of her immersion in a different culture.

7. Looking for Transwonderland by Noo Saro-Wiwa 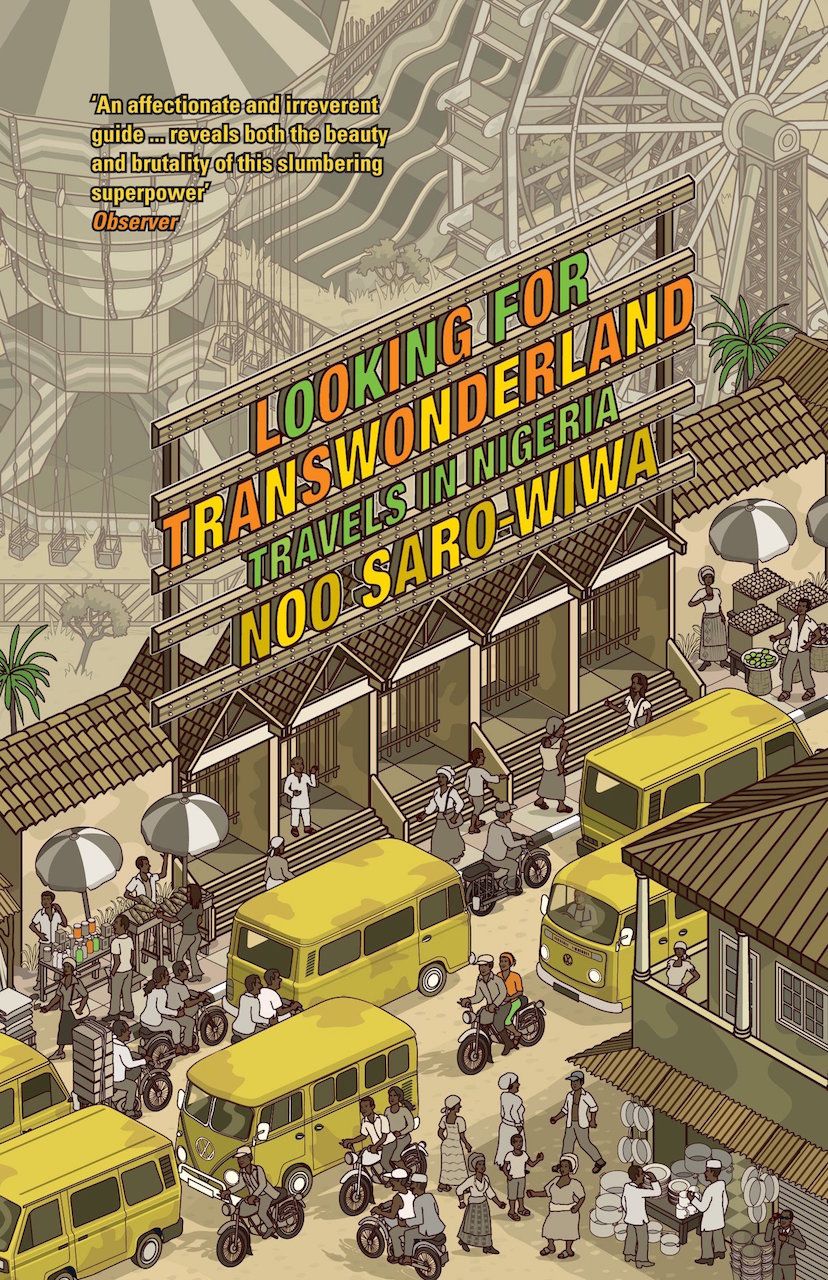 Nigerian-British Noo Saro-Wiwa came to her intercontinental life by happenstance rather than choice. Born in Port Harcourt, Nigeria, and a member of the Ogoni — an ethnic minority in Nigeria whose traditional homeland was pillaged for its oil reserves — she is the daughter of famed revolutionary Ken Saro-Wiwa.

Ken was a poet, an academic, and, much to the chagrin of Sani Abacha and his dictatorial military regime, a radical environmental activist. Partially because of her fathers’ political leanings and the subsequent danger that could have put Noo and her mother and siblings, they moved to Surrey in 1977, leaving her father behind in Port Harcourt to continue his work with the Movement for the Survival of the Ogoni People, the same work that precipitated his execution by military tribune in 1995.

Though Noo long vowed never to return to her native Nigeria, this work is the product of her doing exactly that. In it, she describes navigating the landscape that she finds both familiar and foreign while she oscillates between decrying and protecting Nigerian culture. If you yourself are a bi- or multicultural person, you will likely relate enormously to this dexterously crafted, humorously vulnerable book.

8. An African in Greenland by Tété-Michel Kpomassie 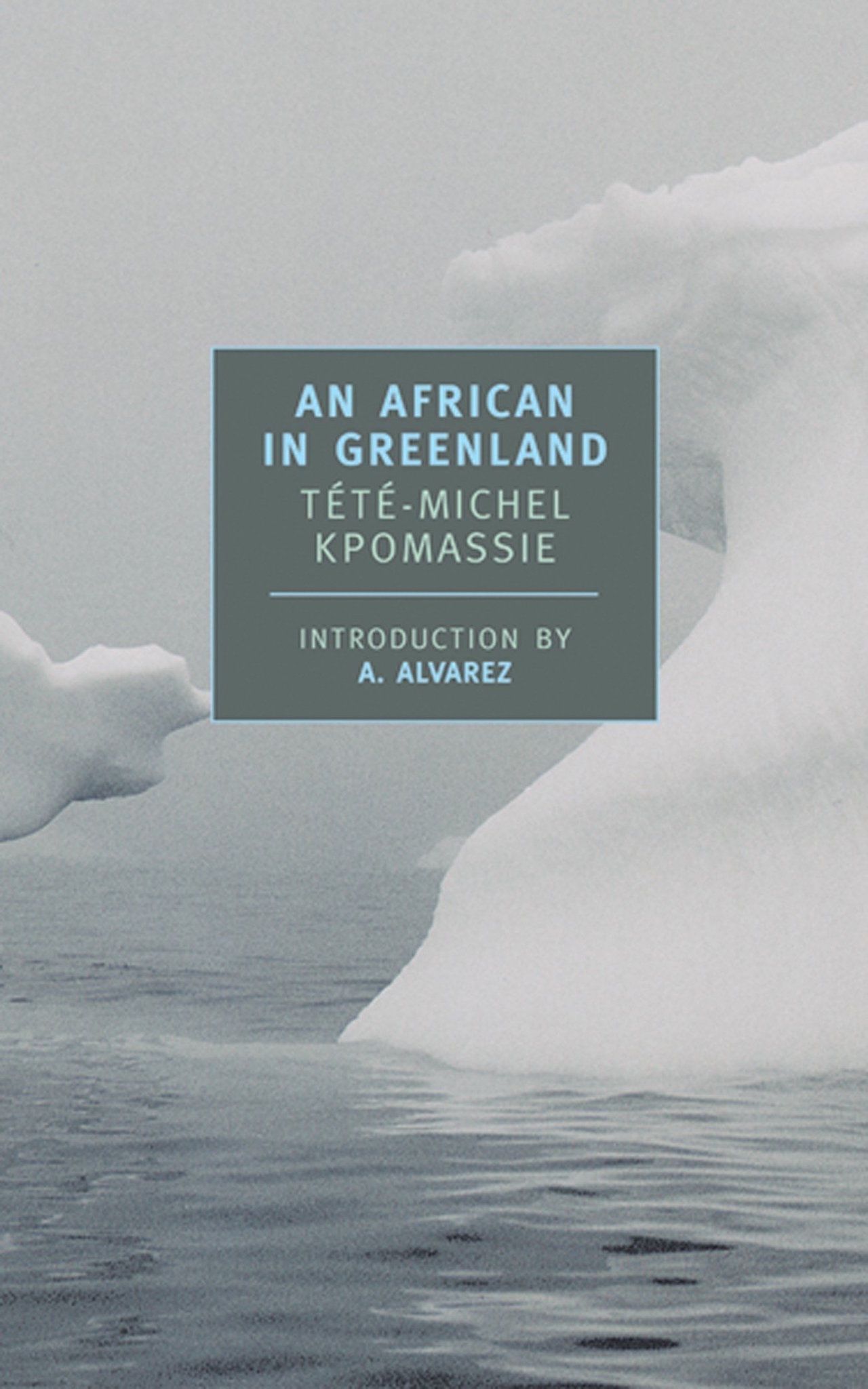 Born in Togo in 1941, Tété-Michel Kpomassie came across a book as a child that sent his life on a strange and singular trajectory. After having a run-in with a python that left him injured and indebted to a snake priestess to whom he credits with his recovery, he soon left his native Togo with the goal of reaching a land that he had only read about in Dr. Robert Gessain’s The Eskimos from Greenland to Alaska.

As one of the premier works of black travel writing in history, this book is an introduction to many of the particulars of the genre. While many are charmed by Kpomassie’s unyielding devotion to reaching Greenland, many disagree, finding the way he relates this long tale childish or naive. But maybe this work, rather than being the agent that divides people, merely shows us where we already divide ourselves as travelers: either we are inherently optimistic or we plan for the worst. This work may be perfect for you if you’d like to know which one you are. 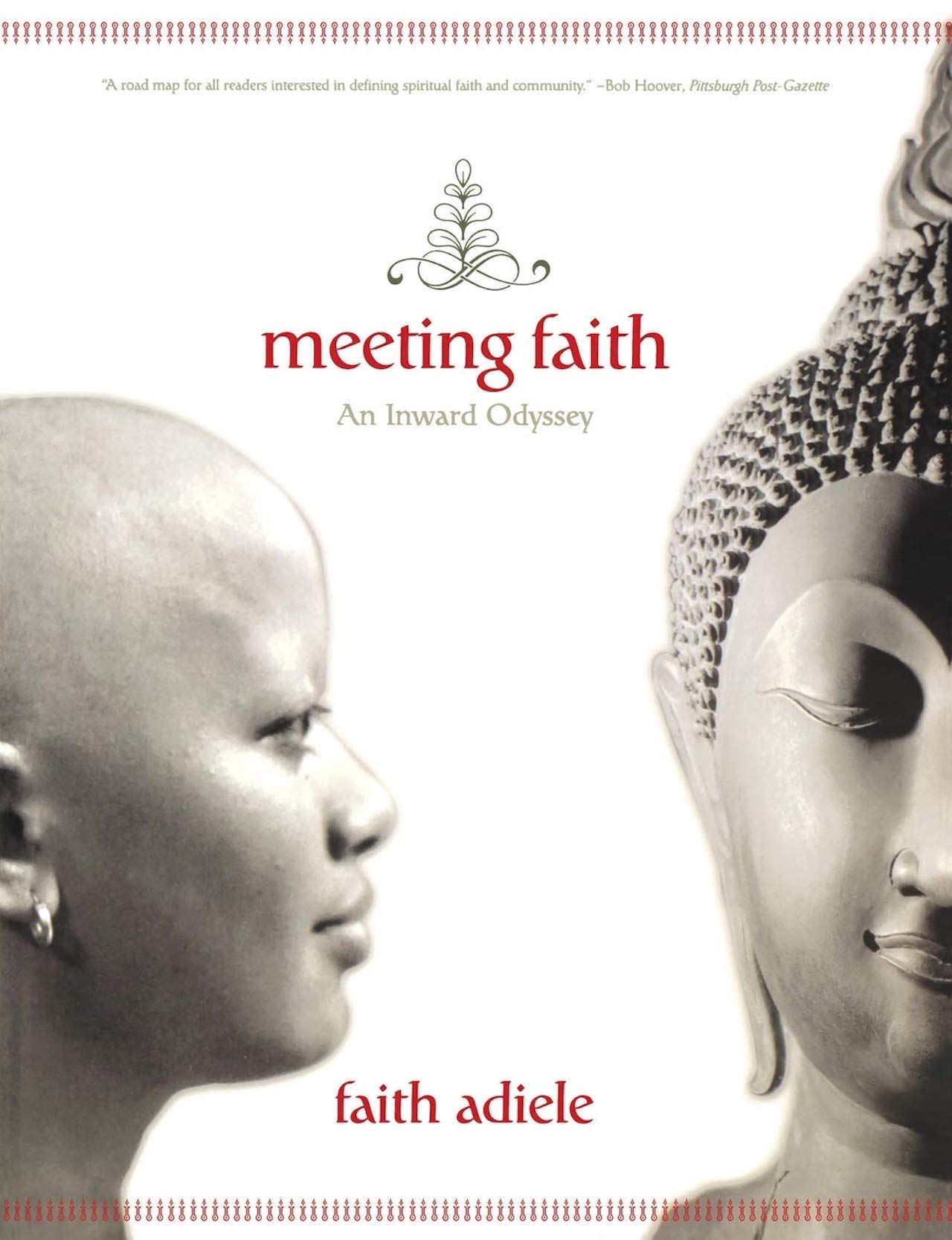 Nordic/Nigerian/American travel writer Faith Adiele was Thailand’s first black Buddhist nun, and it was these very experiences that informed her brilliant debut, Finding Faith. More than just a travel writer, Adiele has centered her brand around recontextualizing what travel writing is by promoting a decolonized approach to navigating other cultures.

By contextualizing this pursuit within the microcosm of this one singular, though arduous, endeavor, the reader has the opportunity to learn the nuances of what it can be like to engage with people whose lifestyles may differ from your own without infantilizing their way of life. Those whose travel experiences have been inspired by works such as Heart of Darkness and Burmese Days are particularly invited to read this important work: For just as we need to decolonize travel writing, we need to begin decolonizing the way we travel.

10. Blue as the Lake: A Personal Geography by Robert Stepto 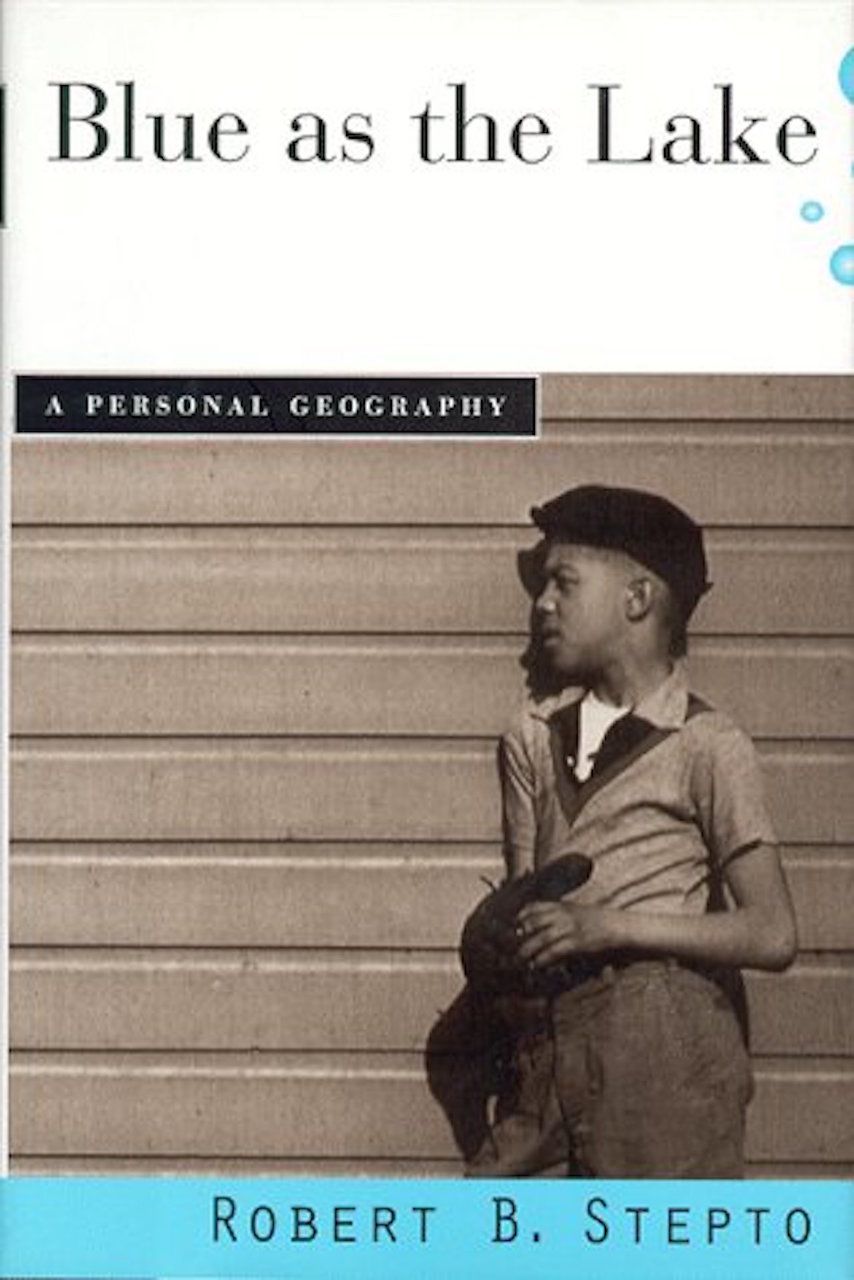 Dr. Robert B. Steptoe has had an impressive career in academia. Currently a professor of African American studies and English at Yale University, he is an alumnus of the University of Chicago Laboratory Schools, Trinity College, and Stanford University where he earned his Ph.D. It is maybe this affinity for and success within this arena that informs his ethnographic memoir, Blue as the Lake.

This is a book that weaves his personal tales and travels with those of his family, thus connecting their stories to those of black culture cumulatively. Stepto achieves this with a deftness that few in the world can emulate; engaging with his work imbues the reader with the sense that they are on a journey with him, one that makes many important stops along the timeline of black American history. 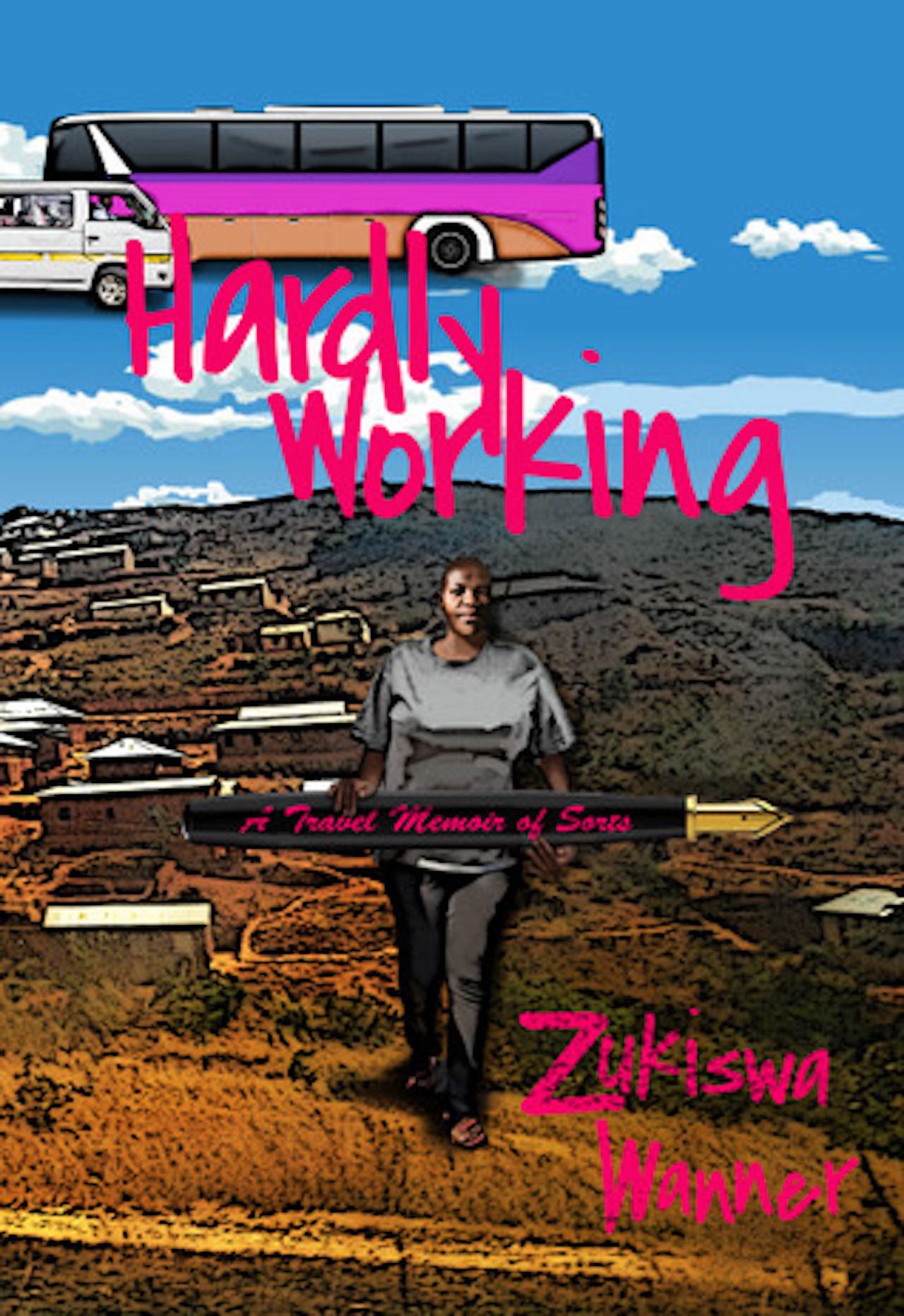 A South African journalist who currently resides in Kenya, Zukiswa Wanner puts her pan-Africanness on full display in her eighth book, Hardly Working: A Travel Memoir of Sorts. In this work we see her traveling about with her partner and young son on a book tour to mark the 10th anniversary of her debut novel, The Madams.

Born of a South African father and a Zimbabwean mother in Zambia, Wanner’s relationship to African multiculturalism may be one she was never going to be able to escape. A huge part of this work is spurned from the personal responsibility she feels to pass the importance of pan-Africanism onto her son, and like James Baldwin and Tá-Nehisi Coates before her, put this pursuit in print. So much of travel writing is reserved for those going at it alone, but this work is a must-read for those who believe a family can only enrich your relationship to the wide world.

12. A Stranger in the Village edited by Farah J. Griffin and Cheryl J. Fish 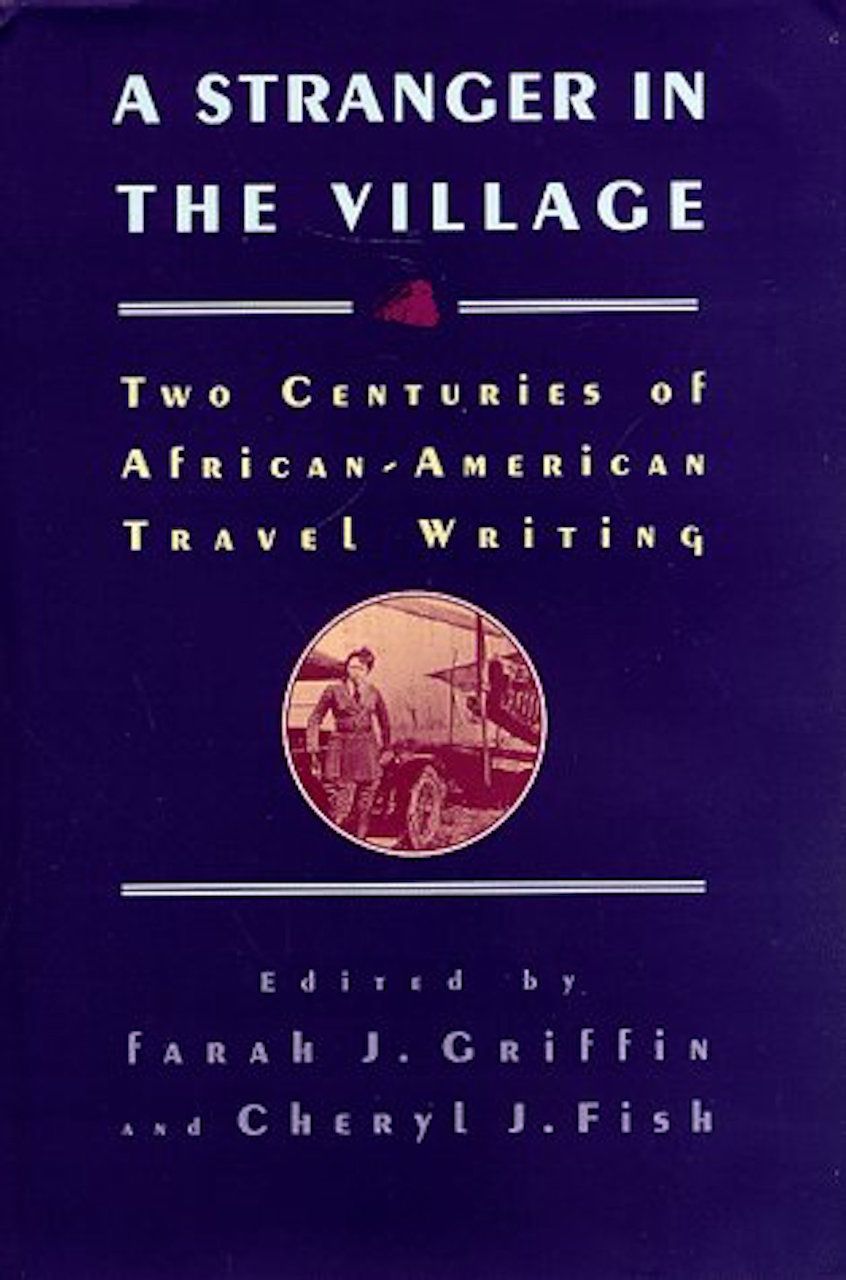 If this list has seemed a bit overwhelming and you’re not sure where to start, this may be the perfect book for you. A Stranger in the Village: Two Centuries of African American Travel Writing is an anthology of short essays, memoirs, personal letters, and lectures of black American nomads spanning 200 years. This book showcases luminaries you may be familiar with, like Angela Davis and Dr. Martin Luther King Jr., alongside some authors you may be surprised to learn about.

Of the pieces collected into this work, you’ll find Ntozake Shange’s take on the influence of Motown in Nicaragua in the mid-20th century; an excerpt from Matthew Henson’s 1912 book, A Negro at the North Pole; and the work of many other black nomads with which you are going to want to become familiar. Many of the tales in this collection may have been lost save for their inclusion here; maybe we all should make 2020 the year we revisit these authors and give them the acclaim they rightly deserve.